A perfect bracelet is always a winner in the style stake. When it comes to the right accessory, the power of a bracelet can not be underestimated.

The epitome of grace and style, Gold bracelets  are delightful emblem of eternal beauty of hands. Bracelets can be adorned singly with any outfit, whether ethnic or western. Regardless with what kind of outfits they are being worn, the kind of eternal beauty gold bracelets offer is hard to match. A designer bracelet gives an instant shine to the looks and escalates style quotient of the wearer. Best part about the gold bracelets is that you can match the same bracelet with a number of different outfits.

From traditional cuff bracelets to chic and fashionable bracelets, Rabhyaa Jewels has them all.

(1) This meticulously crafted grandeur bracelet is set in gold and adorned with polki embellishments. This goes well with Indian as well as western outfits. 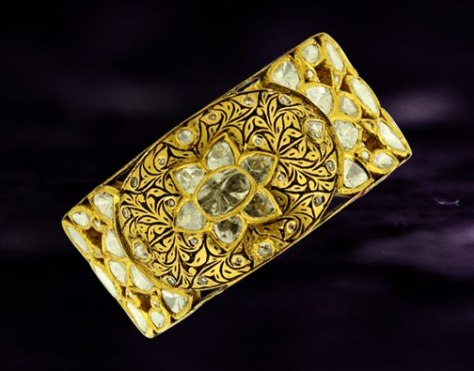 (2) This spell-binding gold handcuff is for contemporaries who understand finesse and class. With its artistic polki setting, the handcuff is winner in terms of style and glamour. 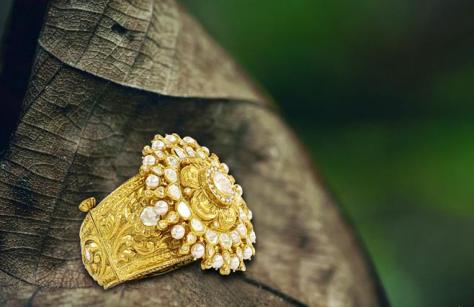 (3) This stunning bracelet will adorn the hand miraculously. Mesmerizing charm of yellow gold and radiating polka personify the elegance.

For a look that is unique and stunningly beautiful, consider gorgeous yellow gold bracelets. They are the perfect choice to immortalize special occasions. Exhilarating gold bracelets designs by Rabhyaa Jewels radiates brilliance. Their poetic designs beauteously inspire an ode to feminine beauty.

It’s freezing outside and what can be a better way of warming ourselves than with yellow sparkling gold jewellery. In this cold weather, fresh and fabulous gold jewelry shines like the Sun, and makes the wearer feel radiating.

No other substance on Earth captures the hearts and mind the way gold does. At Rabhyaa Jewels, every piece of gold jewellery is etched out by master craftsmanship to create elite designs. Jewelry crafted in warm yellow gold metal carries the opulence that gives the wearer a winter glow like no other.

When it comes to adorning gold jewelry, women demand a perfect blend of modernity with traditions. Their hunt is always for a piece of jewelry that makes them look trendy and in-fashion with the ongoing international jewelry style. Jaipur based eminent jeweler, Rabhyaa Jewels ends their hunt for the latest and in- vogue jewelry designs. Every immaculate gold creation at rabhyaa jewels possesses a sense of extravaganza. 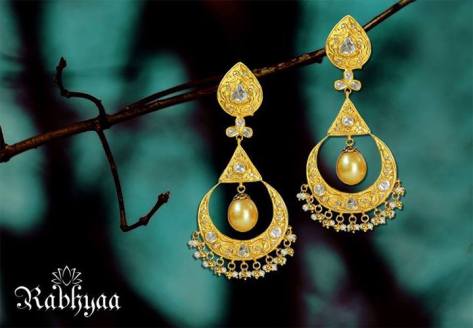 If 2014 is the year you have decided to tie the knot in, you simply can’t do without the finest gold jewelry pieces designed by Rabhyaa Jewels. Besides being the luxury, jewelry is a mirror of your personal style and fashion taste. Style and oomph the gold jewelry adds is magical. Wear the soothing  gold ornaments with a smile and stun the world around you. 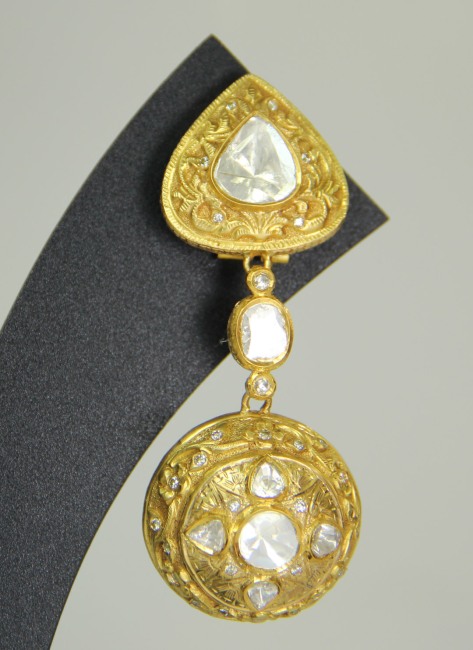 What’s so special about the month of January? We say, its birthstone : the “garnet” that symbolizes a light heart, enduring affection and loyalty.

The garnet is the birthstone for those who are born in January month. Birthstones are worn in personal jewelry like a ring or pendant. It is believed that when a piece of jewellery containing a birthstone gem is worn, it brings good luck and protection to the wearer. The garnet is also adorned to enhance sexuality and sensuality. 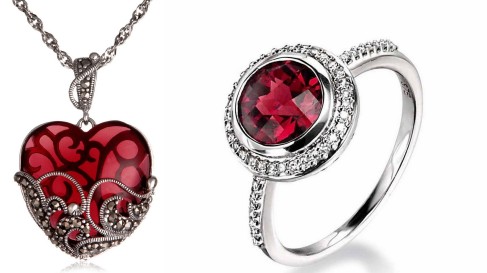 The Gregorian calendar has a poem matching with January birthstone. The poem reflects the properties with which the garnet is linked : truth, purity, friendship and faithfulness. Come on January babies, let’s sing poetry together –

“By her who in this month (January) is born
No gem save garnets should be worn;
They will ensure her constancy,
True friendship, and fidelity.”

The crystal “garnet” derives its name from the Latin word “granatum” that means “pomegranate”. We agree on this as the gemstone evidently shares the close resemblance with seeds of the fruit.

Most people think of the garnet as a red gemstone, but in fact, it exists in all kinds of colors, such as black, many shades of red and green, or even colorless.

Green garnet is the most highly prized but is very rare. Emerald green and colorless stones are highly valued, followed by pure red garnets.

The gemstone, garnet is believed to have several medicinal powers. It is said it protects its wearer against wounds, poisons and bad dreams and also cures depression. Red garnet relieves hemorrhages, fever and inflammatory diseases. 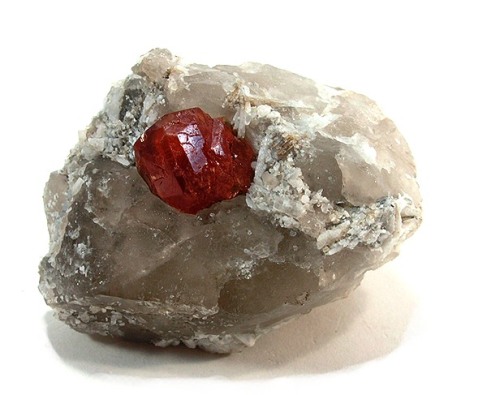 Since the garnet is a sign of trust & eternal friendship, you can always gift your best friend the garnet studded jewellery. 🙂